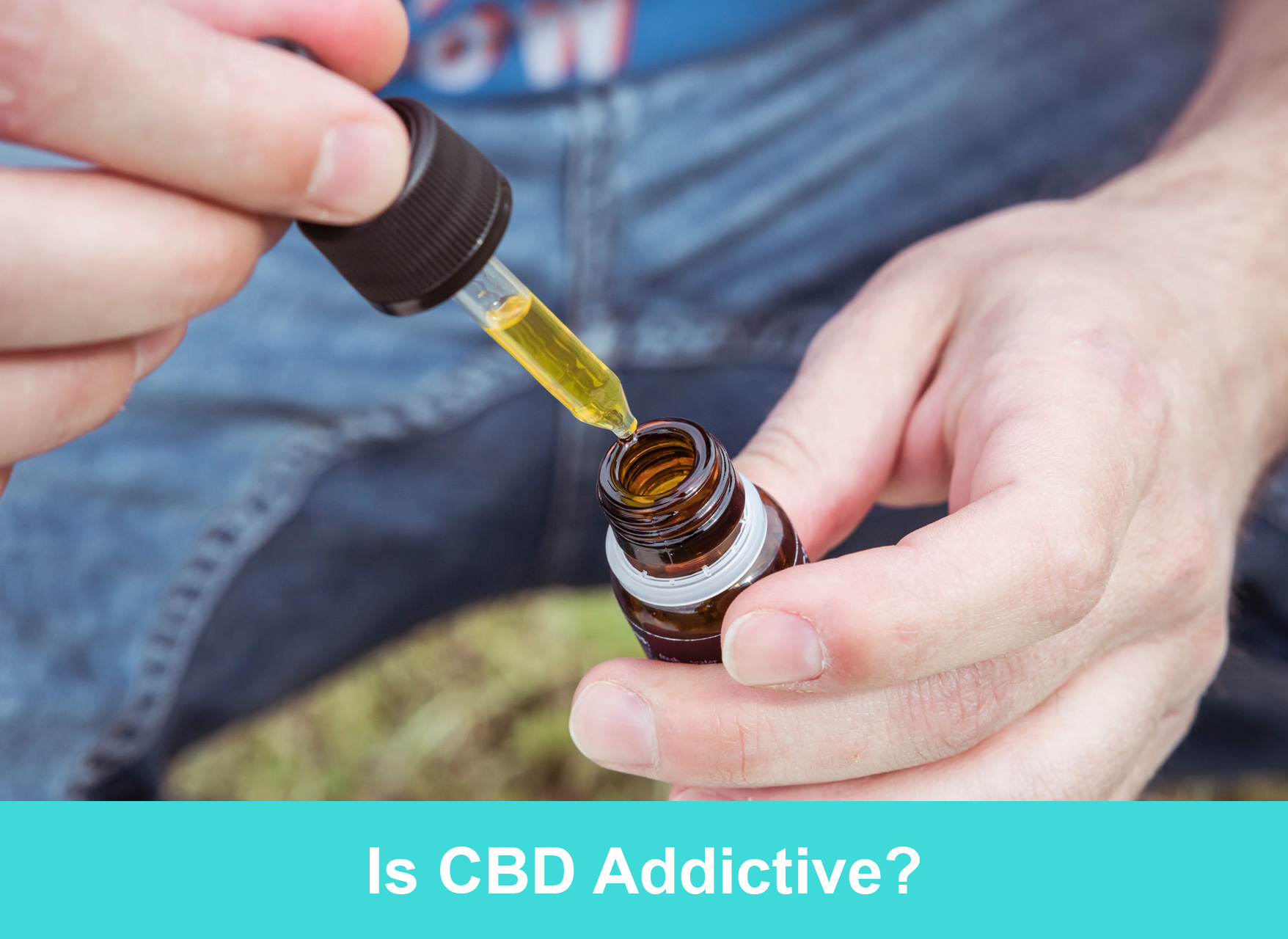 Out of the many components found in cannabis, CBD or cannabidiol seems to be gaining steady popularity. From gummy supplements to a CBD infused pillow, they're becoming ever-present in the market. And like every other popular product, CBD is also enveloped by a series of misconceptions. Because it is derived from cannabis, people believe that a continuous usage can lead to an addiction in the consumer as one of cannabis' counterparts- marijuana can be seriously addictive.

So, is CBD addictive? Let us dissect all the information we have.

Can you Develop a CBD Addiction?

Drug addiction is defined as the compulsive use of a drug and an inability to give up the drug despite its negative consequences.

CBD in itself is not an addiction inducing substance as it does not produce a high feeling after consumption, or in other words, it has no intoxicating effects on the person consuming it. In fact, in 2017, the World Health Organization also stated that CBD did not pose a threat as an addictive substance according to its performance in a well-controlled human experiment.

Another study showed that, unlike marijuana, CBD had no effects on a person's heart rate or blood pressure or produce any feelings of euphoria.

Another compound found in the cannabis plant- THC or tetrahydrocannabinol, is usually associated with the feel-good effect of marijuana and has substantial physical and cognitive effects on the consumer. However, it should be noted that some CBD products use a small and permitted amount of THC to help combat some serious issues.

Role of CBD in treating addiction

CBD is not only non-addictive but may even help treat drug addiction. There is evidence that CBD may lower the risk of cocaine and methamphetamine use disorders. The treatment can also help prevent relapses after a period of sobriety and detoxification.

According to a review of available pre-clinical and clinical data in 2015, it could be beneficial in treating tobacco and cannabis addiction. Furthermore, studies have linked it with the treatment of nicotine addiction as well.

Other benefits of CBD

In addition, CBD is also known to aid in the treatment of various health issues such as:

In many studies, researchers have found the potential benefits of CBD in treating anxiety disorders. Although, more scientific research is required consumers have found that the usage of CBD can help alleviate anxiety to a significant amount.

CBD may be anti-inflammatory and ant oxidative, which could aid in the treatment of diseases associated with oxidative stress.

Our immune system acts up, especially during the flu season. Studies have found that CBD may help balance and strengthen the immune system by activating TRPV2, a protein that helps cells communicate with each other, and plays a significant role in immune building.

CBD does not cause any kind of addiction; in fact, it can help in fighting various other drug addictions. CBD infused products and drops are completely safe and legal to use however, a little test run with small amounts of doses is always recommended.